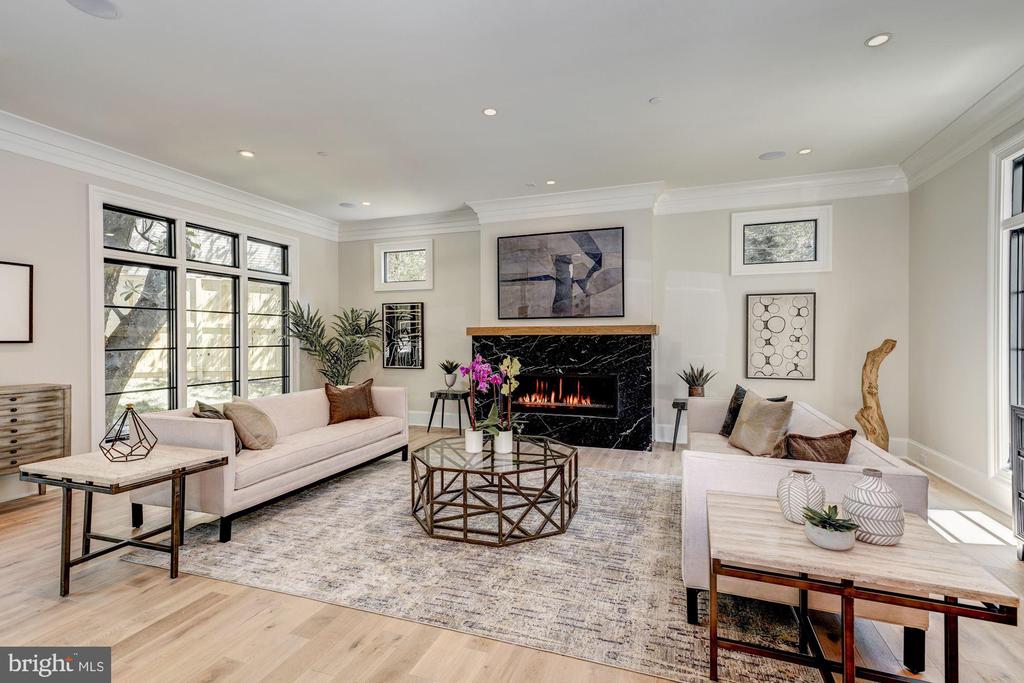 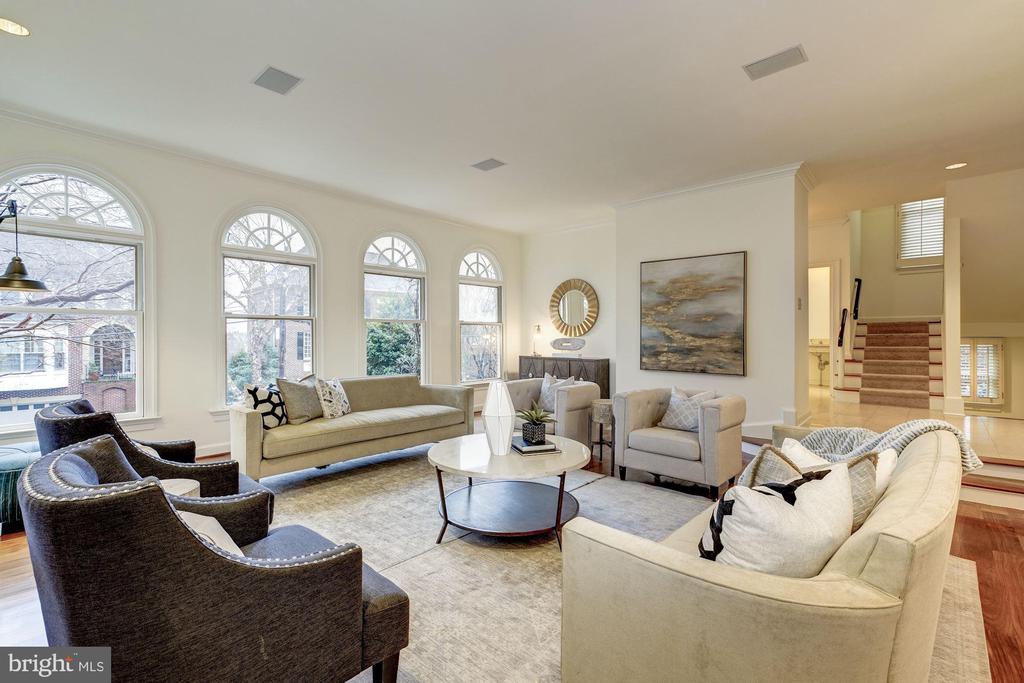 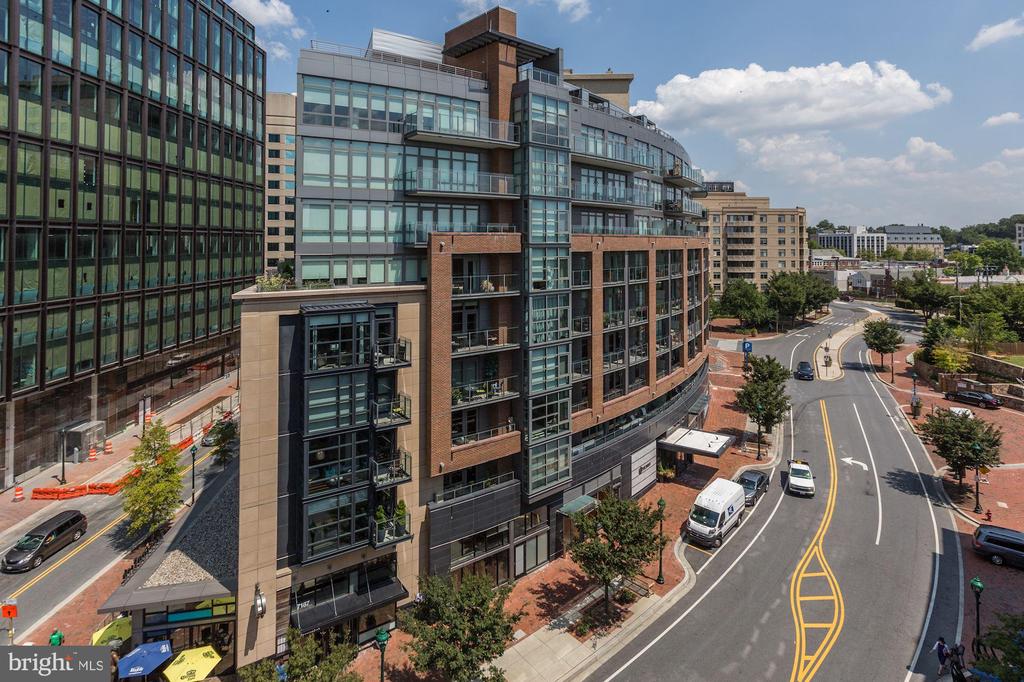 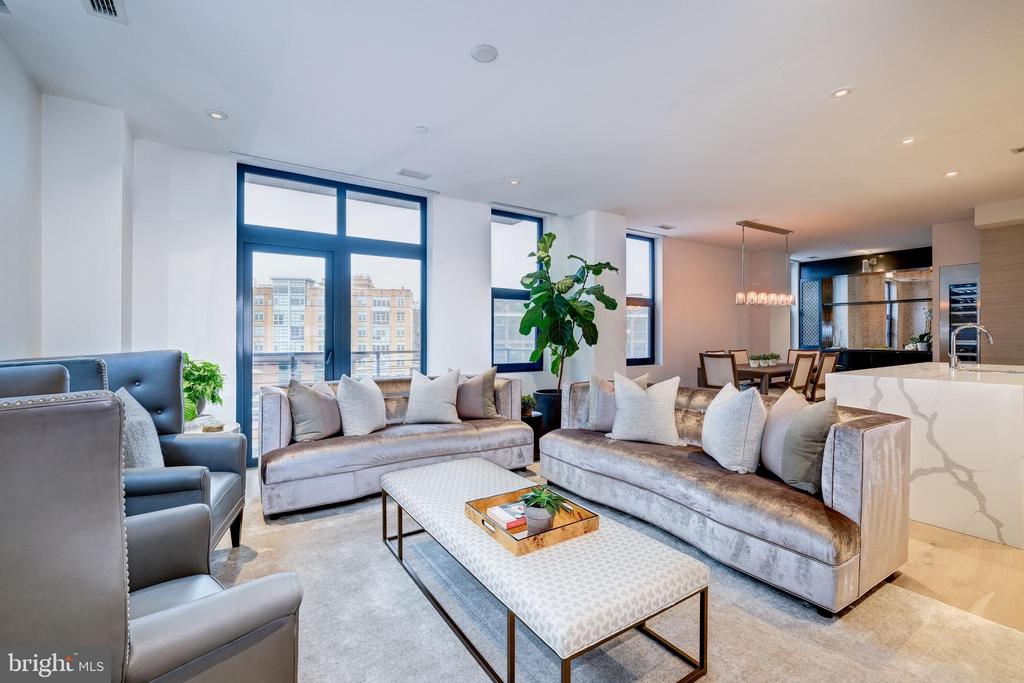 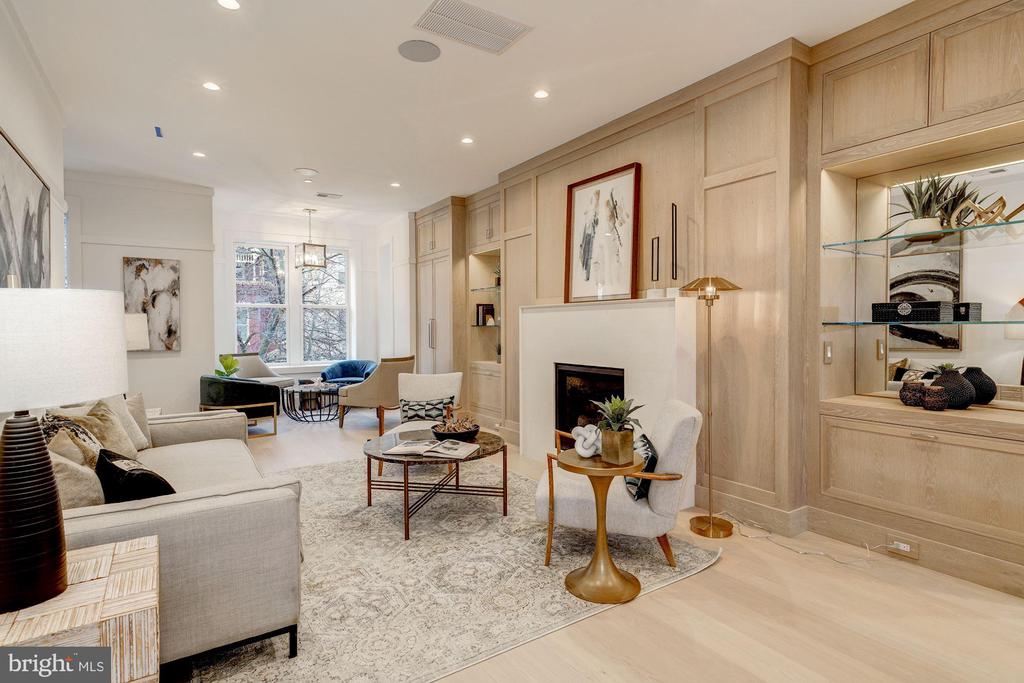 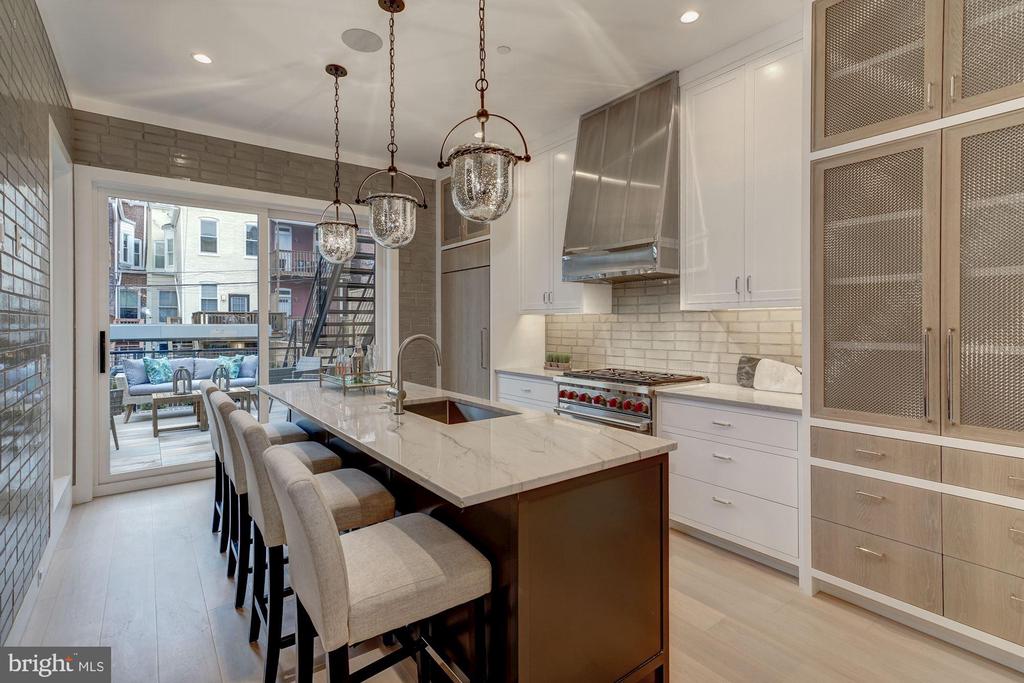 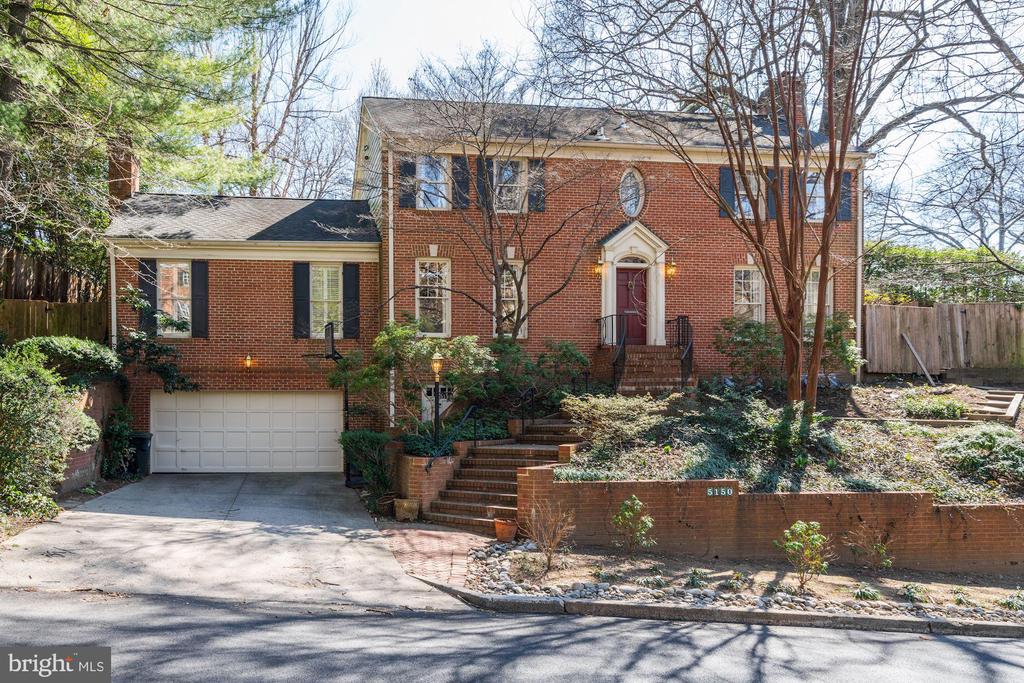 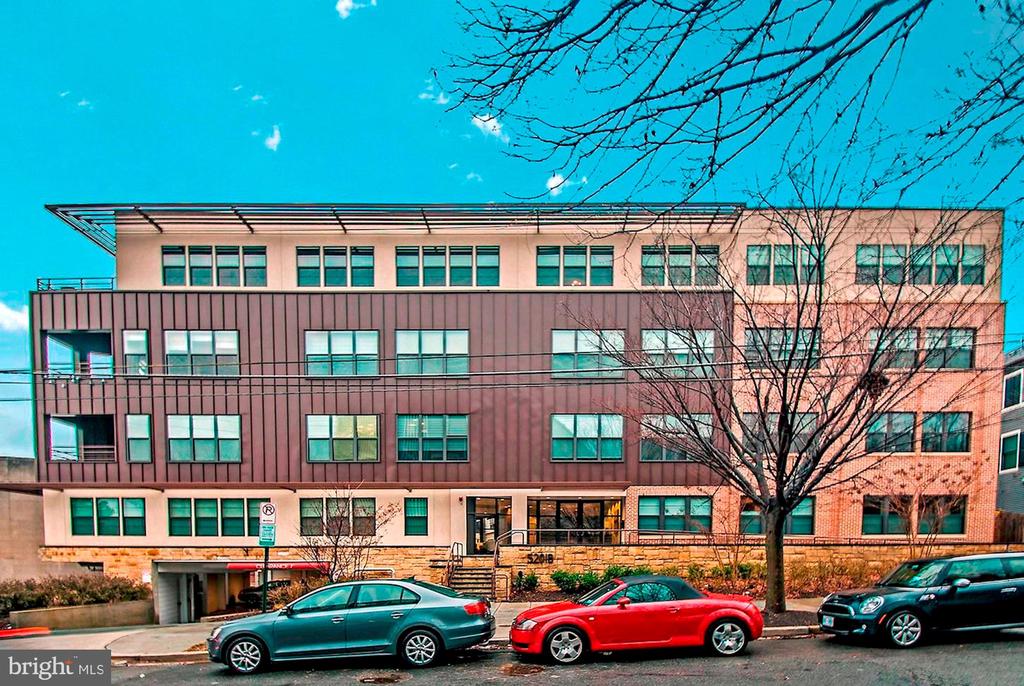 ve Where You Live

Kimberly Casey and Daryl Judy work together as a team with Washington Fine Properties. They have consistently been recognized by
REAL Trends and U.S. News as the top-producing real estate teams in the U.S.

They are referenced as “Power Brokers” and “Real estate phenoms” in the press and have recently been in the Wall Street Journal, Washington Post,
NY Times, Capitol File, DC Modern Luxury, Washingtonian, Washington Life, Washington Business Journal, the Georgetown Dish, and many more.

While there are over 10,000 real estate agents in DC and the surrounding area, Kimberly and Daryl stand out because of their unique approach to the business. Their dedication and enthusiasm toward their clients is unmatched. They have a reputation for going the extra mile to ensure successful results for their clients. Their reputation for impeccable service and a flair for matching clients with the perfect properties go hand in hand with their vast market knowledge, sharp negotiating skills and cutting edge marketing, which have all led to their impressive sales volume.

“It has been an absolute pleasure having Kimberly and Daryl by our sides through our real estate adventures. They make buying and selling a home into an exciting and effortless experience from beginning to end. Kimberly and Daryl work tirelessly around the clock and attend to every detail to ensure their clients’ needs are met. It is beyond comforting to work with people we trust so whole heartedly, especially with something as important as buying or selling a home. With Kimberly and Daryl, there is no question they will get the most out of every deal and come up with creative solutions where they are needed. On top of it all, they are personable, knowledgeable, caring, and delightful people to be around. We will never use any other agents when buying or selling a home. ”
“I worked with Kimberly and Daryl on a very time sensitive sale of our home in Washington DC. Their ability to organize, market and process the transaction was tremendous. With little, to no worry from my perspective, they produced a very favorable outcome. Their knowledge of the DC market is second to none.”
“Kimberly are Daryl are the ultimate real-estates expert in the Washington DC area. They are very strong at negotiating the best, from the buyer side and seller side. They sold my home well above the market list price. The very same house six years earlier was purchased in a frenzy market below list. Kimberly and Daryl are exceptional professionals. They know how to make ordinary into extraordinary. They don’t just become your agent, but they become your friends and your biggest advocate. I wholeheartedly endorse Kimberly Casey and Daryl Judy. ”
View All

> Read more at The Washingtonian

Word on the Washingtonian streets is that Jeff Bezos has stealthily expanded his real estate holdings in the high-nosed Kalorama neighborhood of town. Last week, a stately red brick manor directly across the street from his $23 million Textile Museum estate — currently undergoing major renovations — sold for $5 million in an all-cash deal, and more than a few news publications have surmised, if not explicitly stated, that the Amazon head honcho is almost certainly the buyer.

Under the name The Capitol Revocable Trust, Bezos purchased 2325 S Street NW (map) on Friday for $5 million. The purchaser name is remarkably similar to Cherry Revocable Trust, the entity that the Amazon founder used to buy the former Textile Museum for $23 million in 2016. The museum, which Bezos has been renovating to serve as his primary DC residence for the last few years, sits directly across the street from 2325 S Street NW.

Listed with Washington Fine Properties in December for $4.995 million, the four-bedroom at 2325 S Street NW went under contract in two weeks, remarkably fast for a listing priced this high. At the time it was listed, UrbanTurf wrote about the new home, joking that the new owner could be Bezos’ neighbor.

Washington Fine Properties did not respond to comment about the transaction.

UrbanTurf learned earlier this week that the founder of Amazon is scheduled to close on the four-bedroom home at 2325 S Street NW (map) on Friday. The home, listed for just under $5 million with Bobbie Brewster, Kimberly Casey and Daryl Judy of Washington Fine Properties, went under contract within two weeks of being listed in December. It sits directly across the street from the former Textile Museum, which Bezos purchased for $23 million in 2016 and has been renovating ever since. Washington Fine Properties did not comment on the transaction.

It will be interesting to see what Bezos will do with his new acquisition. Reconfigured and renovated since it was last sold in 2001, the home has a four-level elevator, guest quarters, and a climate-controlled 700-bottle wine cellar, so it could make for a good guesthouse (for someone owns a museum-turned-home across the street). A roof deck off the third-floor master suite looks down on what will be Bezos’ primary DC residence.

When complete, the renovated mansion will spread out over 27,000 square feet with 11 bedrooms, five living rooms, three kitchens and an expansive ballroom, among other amenities.

The House That Can Make You Jeff Bezo’s Neighbor

If you are interested in living across the street from the founder of Amazon, here’s your chance.

2325 S Street NW hit the market last week for $4.995 million. The home, listed with Bobbie Brewster, Kimberly Casey and Daryl Judy of Washington Fine Properties, sits directly across the street from the former Textile Museum, which Jeff Bezos purchased for $19 million in 2015 and has been renovating as his DC home in the subsequent years.

Featured in the Media and Press

© 2020 The Kimberly & Daryl Team. Equal housing opportunity. Privacy Policy. Terms & Conditions. The use of search facilities of real estate data on this site, other than by a consumer looking to purchase real estate, is strictly prohibited.